The Sterling L2A3 SMG has a special place in my heart.

It was the first real weapon I ever touched. I must have been 13 or so. Our class had been bussed to a British Army exhibition at Bassingbourn camp in Cambridgeshire. It was basically a recruiting show, and every regiment and trade had their own stand. 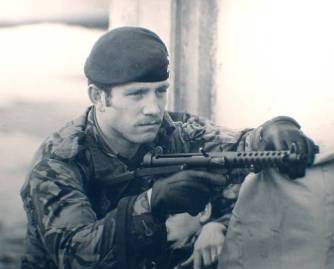 As used by 70s blokes with sideburns and ‘taches.

The Sterling was chained, without magazine, to a wall-mounted exhibition alongside other standard-issue small arms of the period. I stared at it in fascination, barely believing that such a simple, primitive-looking machine could ever do duty as a weapon.

Just then, an achingly beautiful blonde WRAC picked up the SMG and put it in my hands, with an almost maternal smile. A psychologist would have a field day analyzing this nexus of hormonal teenage male, attractive older woman and lethal weapon. All I know is that the sensations remain etched on my brain to this day.

I was amazed how heavy it was. Every weapon I’d touched until then had been a toy. This had real heft to it, even without the magazine. Lifting it to my shoulder took a conscious effort. And it was cold. In fact, this all-metal gun was as cold as death.

A few years later, the L2A3 was replaced in British Army service by the SA80 family of weapons. It was never intended as a first-line infantry weapon but as a capable self-defense tool for tank crews, drivers, signalers and military police.

As such, it stood in the shadow of the mighty L1A1 rifle. Indeed there was some snobbishness around this ‘Small Metal Gun’. The myth was that its 9mm rounds wouldn’t actually penetrate a Red Army great coat at more than 15 meters.

Another Sterling. Another impressive ‘tache. See a trend emerging?

There may have been some truth in this. Some training stocks of 9mm ammo used in the early 80s dated from the war years, so its performance was unpredictable. Presumably newer stocks were held in reserve in the event of the cold war going hot. You’d hope so, anyway.

The reality was that the Sterling had a lot going for it. Like the original Uzi, it was compact, simple and surprisingly accurate in the right hands, with low recoil, even on full auto. Small wonder there’s a lively collectors’ market for these weapons in the US.

When not one but two AEG versions of the Sterling were launched last year, I knew I had to have one. I chose the Beta Project version over the Action Custom design. Partly the decision was down to build quality (the former getting better reviews in this area than the latter). Though there was also the issue of magazine capacity.

The Action Custom L2A3 has a 40-round magazine, whereas the Beta Project boasts a 120-round one. Its mid-cap magazine proved something of an Achilles heel, as we shall see.

The Beta Project L2A3: An essay in mean military minimalism.

Importing the Sterling from one of my preferred Hong Kong retailers was delightfully simple. It arrived with my UKARA number printed clearly on the packaging, so it sailed through customs and was with me in under 10 working days.

First impressions were excellent. In fact I was transported back 30 years to my first encounter with this piece of post-war British military history. It was just as heavy as the original, and just as cold to the touch thanks to its all-metal construction. 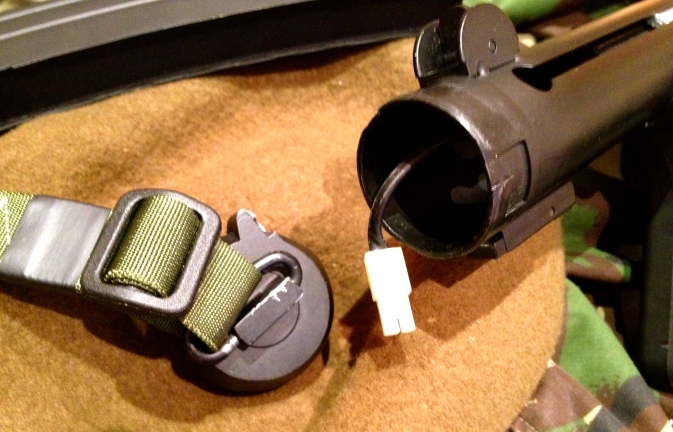 The Beta Project L2A3 takes a two-cell LiPo battery. This was something of a concern of mine as I’m a bit of a Luddite when it comes to batteries. I’d heard that LiPos can be a bit ‘explodey’ if mistreated. So I bought myself a flame-retardant LiPo bag and a dedicated LiPo charger (an absolute must as you’re never supposed to use a NiMh or NiCad charger with these things).

I always attach the balancing lead to the charger, use the auto-charge function, and charge the battery to ‘Storage’ before putting it away. So far, my home is still standing. Though I always treat the things with nervous respect.

The foldable stock latches into one of the cooling holes in the purposeful-looking barrel shroud. Clever.

The battery fits in the butt, the buttplate also serving as the retaining latch for the simple but comfortable fold-out metal stock.

Switch to Auto, and the rate of fire is a little underwhelming. But then, the real thing was never a MAC-10. True to British Army doctrine, the gentlemanly rate of fire was designed for single aimed shots or double taps, not spray-and-pray.

A sixties icon. And Michael Caine.

According to the original field manual, the weapon could be used in single-shot ‘pistol’ mode with the stock folded, so well-controlled was the recoil. In this configuration, I’m told it also found use in a little-known science fiction film by George Lucas called ‘Space Wars’ or something.

A few days ago, I took the gun along to my local site for a try-out. The range was impressive. The powerful hop-up meant that 0.25g ammo was called for. While by no means equalling the rifles on the field, it proved a respectable thrower of plastic.

That is, until catastrophe struck. Shortly into the second game, I was executing one of my high-speed tactical reloads (I have the procedure down to under five minutes on a good day) when the spring flew out of the end of the withdrawn magazine. Exactly the same thing happened with the next.

Spring has well and truly sprung.

Examining the mags back in the safe zone, a rather silly design flaw became evident. The only thing holding the spring in place is a loose quarter-turn screw.

Now it’s possible that I overloaded the magazine. But I put in no more than the advertised 120 rounds. The aforementioned screw is certainly going to get some attention from Dr Loctite before I take to the field with my L2A3 again.

That is, if I ever do. As with many real-steel SMGs, the magazines are the downfall of this replica. I don’t want to risk any more failures, Loctite or no. 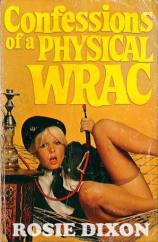 Look at the WRAC on that.

Now I know why that L2A3 I first encountered back in the early-80s was chained to a wall. It was fate’s way of telling me that this replica belongs in my gun cabinet, not on the field of battle.

Despite its disappointing game-day performance, the Beta Project Sterling undoubtedly remains one of my all-time favourite replicas all the same.

And yes, I still harbour carnal thoughts about that blonde WRAC.