It elegantly made the point that we like to have someone to look down on. Especially when there’s someone looking down on us.

It’s like that with airsoft. Rightly or wrongly, we look down on paintball for its lack of ‘realism’. But who looks down on airsoft? Apart of course from every serving member of every army in the world. Including, probably, the Salvation Army. 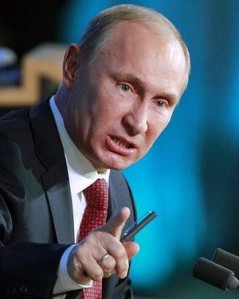 I think I’ve found some hobbyists who have every right to look down on us. They’re the Russian lunatics who play what they call ‘Hardball’. (Of course, the Scandinavians call airsoft ‘Hardball’, but this is different. Way different.)

Instead of our puny AEGs and Green Gas guns, these guys use high-powered CO2 weapons that shoot lead bbs. It’s kind of like playing war with full-power air rifles. Of course, the players wear some serious protective clothing and probably anaesthetise themselves with vodka before the game. All the same, I reckon they’re packing balls of lead in every sense.

In case you need proof of that last statement, take a look at this video. I don’t speak Russian, but I’m guessing the scenario is this: Some poor bastard has taken one of those lead BBs to the hand and it’s lodged in a finger. Luckily, one of the other players is a medical student, or possibly a trainee vet. Don’t click if you get disturbed at the sight of blood.

Despite the end of the cold war, the rivalry between Russia and the US of A persists. So not to be outdone, a bunch of moonshinin’ good ol’ boys from somewhere very rural have invented a similar ‘Hardsoft’ sport involving handheld mortars and a bb gun that seems to run off the national grid.

Just listen to the squeals of the victim and the cheers of the attackers. The whole thing looks idiotic, puerile and downright dangerous. I love it.